Sports management games – in which players assemble and train their own teams – have become extremely popular in recent years. Whether you're into football, baseball, soccer or hockey, you're sure to find a management game pertaining to your particular sport.

But few if any management games cater specifically to cricket fans, despite that sport's enormous popularity among millions of people the world over.

With a view to addressing this oversight, Wicket Gaming is proud to present Cricket Manager 2020, a sports management game developed for cricket enthusiasts.

Available for free on both Google Play and the Apple App Store, Cricket Manager allows you to assemble and train your own cricket club, which can then compete against other Cricket Manager teams online.

Assemble Your Club
Put together your team, player by player, after choosing them from among a live premium transfer market. Based on their particular abilities, you can scout out and sign the most promising cricketers.

Once you have recruited your players and named your club, you can give your team its own emblem and jersey design. Be sure to come up with a unique and eye-catching style that will make your players stand out when they take to the pitch.

You will also be responsible for building the necessary sports venues, including facilities for training your players and a stadium in which they will play their home games.

But assembling your club and building your sports venue is just the beginning. Your players will also require a strict training regimen to ensure that they're ready, when the time comes, to play against other teams.

Cricket Manager 2020lets you customize your very own training programs to optimize your team's skill level and overall effectiveness. You can also coach each of your players individually in order to overcome their particular faults and weaknesses.

You will also have to come up with your own unique plays, formations and strategies to ensure the success of your team when they take to the pitch against your competitors.

Assuming the role of coach, owner and manager, you will be responsible for every aspect of your club's development. It will remain entirely up to you to keep your team motivated and their eyes on the prize.

Once you've assembled and trained up your team to perfection, you will be ready to pit them against those of other cricket managers. But remember, just like in the real world of cricket, the manager who puts in the most time and effort will be the one to reap the reward.

You can watch live as your top players score runs and take wickets in T20 League and T20 Cup matches, which are organized on a daily basis. And in the event that your team manages to qualify, you can also watch them compete – and evaluate their performance – in a weekly world series.

Cricket Manager 2020 also allows you to interact with other club managers from all over the world, with whom you can discuss tactics, build alliances and arrange player transfers. To join the Cricket Manager Group, interested players can go to the game's website.

Owning and running a cricket team isn't only about training and winning matches. You will also be expected to manage your team's finances and generate revenue by selling tickets.

So along with assembling and training your players, you must also learn how to operate your sports venues – stadiums, clubs and training facilities – at peak efficiency.

If you want to excel at Cricket Manager 2020, you must also exercise your entrepreneurial side. After all, winning on the pitch is only half of the equation – it's also about making money.

Cricket Manager 2020 can be downloaded for free. And as long as you have a network connection, it can be played anytime, anywhere on any mobile device using either the iOS or Android (6 or higher) operating system. Playing the game requires more than two gigabytes of RAM.

Although Cricket Manager 2020 is entirely free-to-play, some real money in-app purchases are available for certain game items. Players, however, have the option of disabling in-app purchasing by using the settings on their mobile device.

The latest and greatest. Stay updated and get ahead of the rest.

How to manage your team in Cricket Manager 2020

How to play Cricket Manager 2020 and win! 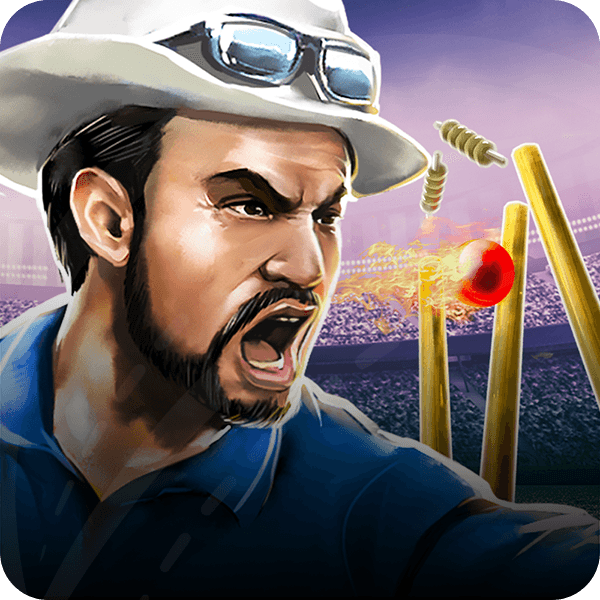 Are you a tactical coaching genius and the world's’ best cricket manager?